How Much Vitamin D in Fermented Cod Liver Oil?

Fermented cod liver oil is not a standardised product, so the amount of vitamin D will vary from batch to batch. The vitamin D content of oil in cod livers varies depending on the season, age, and health of the fish. This variation is reflected in the finished product.

There are 2 primary forms of vitamin D – vitamin D3 and vitamin D2. Vitamin D2 is considered to be the ‘plant’ form and vitamin D3, is the ‘animal’ form. Both play an important role in health but the current evidence suggests that vitamin D3 is better at increasing vitamin D blood levels.

There are six different compounds that belong to the vitamin D ‘family’, and these will all have various pre-curser molecules. All these forms have varying degrees of activity in the body. Foods, like fermented cod liver oil, which contain a variety of vitamin D compounds can have greater vitamin D activity than those that do not, even if the vitamin D content is similar. Most food laboratories do not test for all forms of vitamin D because so much focus is placed on vitamin D3, which is arguably the most important of the compounds. However, because these other forms do exert health benefits it is a reasonable extrapolation to make that a variety of vitamin D forms offers a greater benefit than a single form.

Research on this is sadly very sparse, but there are some examples that offer support The B-vitamins, which are a group of closely related vitamins, are more effective when taken together. This is because of their interrelated roles. So, even though the Queen is the most powerful chess piece, it is most effective when used in conjunction with other pieces. 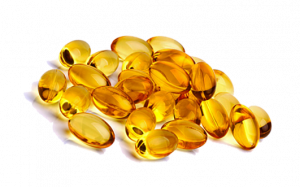 There are a variety of ways of extracting oil from cod livers. Cod liver oil produced conventionally on a large commercial scale is quite a harsh process. It involves high temperatures, alkali treatment, and much more. The process removes all forms of vitamin D from the oil. To compensate for this, synthetic vitamin D3 is added back into the oil at the end of the process. These manufacturers have the benefit of being able to artificially increase the amount of vitamin D3 in the final product but do not add any other forms/ metabolites etc.

Vitamin D plays a huge role in human health, yet research shows that almost the entire population is not getting enough vitamin D in their diet. It can combat infectious diseases, reduce the risk of cardiovascular disease, reduce the risk of bone fractures, and can help prevent some cancers. With vitamin D playing such a vital role in overall health, it is extremely important to make sure you are consuming enough.

Vitamin D is not strictly a vitamin, because it can be synthesised in your skin when exposed to sunlight. Exposure to the sun produces a significant amount of vitamin D but isn’t enough to be healthy. There are also variables that make it hard to determine accurately how much sun you need. The strength of the sun, skin tone and amount of skin exposed all play a role in how much you can produce. Additionally, too much exposure to the sun is associated with its own risks. With this in mind, the sun is a good source of vitamin D, but food is much better.

Foods high in vitamin D are oily fish (such as mackerel), cod liver oil, eggs, and red meat. Some foods, such as cereals and flour are often fortified with vitamin D too. 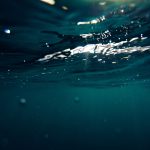 Are There Side Effects of Cod Liver Oil?Armorica 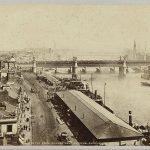 A History of Cod Liver OilArmorica