What is Fermented Cod Liver Oil?

We’re often contacted by people wondering what exactly Fermented Cod Liver Oil is, and how it is different from other cod liver oils, so we decide it would be useful to write a quick post about it.

There are a number of ways to produce cod liver oil. One method is to ferment the cod livers with lactic acid bacteria in carefully controlled conditions.

Fermenting cod livers with lactic acid bacteria is very similar to how traditional cod liver oil was made for thousands of years. On the surface, it sounds quite odd, and you can be forgiven for thinking it is ‘gross’. However, lactic acid fermentation produces a number of common foods such as pepperoni and Worcestershire sauce. One of my personal favorites is Kimchi, which makes for a nice side to Asian cuisine.

When cod livers are fermented, it is important to understand that the oil itself is not fermented. Rather, glycogen and other carbohydrates in the liver, ferment. A combination of the osmosis action of salt, and fermentation by lactic acid bacteria causes the cells of the cod livers to break apart and release their oil.

One of the reasons that Fermented Cod Liver Oil is so nutritious is that releasing oil in this way allows all the fat-soluble nutrients that are present in the liver to remain in the oil. These nutrients include vitamin A, D, and also include a variety of pro-vitamins and vitamin metabolites. The process uses no heat, and when done correctly in an oxygen-free environment, means that none of the delicate nutrients are damaged.

Another, and more unique reason for the oil being nutritious, is that as the lactic acid bacteria ferment the livers they release nutrients, many of which are fat-soluble. Lactic acid bacteria are well known for their probiotic benefits and are responsible for the probiotic effects of yogurt and similar dairy-based probiotic drinks. It is worth noting at this point that the name ‘lactic acid bacteria’ is not related to lactose, and no dairy is used in the process of producing fermented cod liver oil. These bacteria produce lactic acid as a by-product, which is an important aspect of fermenting foods and ensuring they are safe to eat.

Some of the vitamins that lactic acid bacteria produce are vitamins A and D (which are naturally present in fermented cod liver oil), vitamin K and vitamin E. As bacteria ferment the livers, they produce these vitamins which dissolve in the cod liver oil as it is released. This, in effect, naturally fortifies the oil and enriches it further.

This natural enrichment of the oil is much more effective than adding synthetic vitamins to the oil. For example, lactic acid bacteria produce vitamin K in up to 5 different variations. All these variations interact slightly differently in the body, and it gives a much broader benefit than fortifying with one form.

So, to summarise, Fermented Cod Liver Oil is oil released through carefully controlled lactic acid fermentation, which gently releases and enriches the oil. It doesn’t require any heat or chemicals, and all the nutrients are in their natural form. 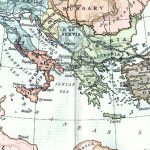 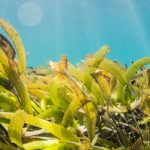