How is Armorica Fermented Cod Liver Oil different from other cod liver oils?

Below the table we have explained why each point is important to us.

In nature, fatty acids are found as triglycerides. The body has adapted to be able to digest, and utilise fats in this form very efficiently. During some commercial processes these triglycerides are converted into ethyl-esters, which are much more chemically stable. This makes the oil easier to process. Ethyl-esters are not a natural form to find fatty acids in though, and so the body is not able to utilise them as easily.

As briefly covered here, there are many forms of vitamin D, not just one single form called vitamin D3. All the variations of vitamin D work together and improve the overall vitamin D activity of the oil. Synthetic vitamins are also thought to be less beneficial to the body than naturally occurring vitamins.

Only using cod is what a true cod liver oil it, however this is not the industry standard for defining cod liver oil. Many manufacturers will add oil from a variety of fish. These fish will not have the same EPA/ DHA ratios, may be heavily farmed, or may contain less vitamins, which then have to be substituted with synthetic versions.

We don’t use any chemicals of any sort in our process because they can damage the oil and its nutrients. The most dangerous chemical we use is simple sea salt!

We make our lab results public here, and we believe that transparency is important.

Removal of dangerous environmental toxins such as dioxins is extremely important. There are different way to approach this problem. Ours is a slow method, which is not a problem as we only produce small quantities. However, large and highly commercialised production needs faster results, which often uses damaging temperatures and chemicals. 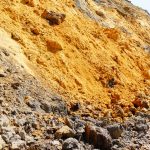 Beyond vitamin A, D3 and the omega-3’sArmorica, Health 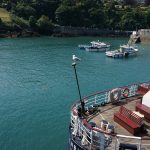 Sourcing Cod LiversArmorica
We use cookies to ensure that we give you the best experience on our website. If you continue to use this site we will assume that you are happy with it.Ok